The Human Resources Strategy for Researchers (HRS4R) supports institutions in the implementation of the Charter & Code in their policies and practices. The European Charter for Researchers and the Code of Conduct for the Recruitment of Researchers are a set of general principles and requirements which specifies the roles, responsibilities and entitlements of researchers as well as of employers and/or funders of researchers. They are key elements in the European Union's policy to make research an attractive career, which is a vital feature of its strategy to stimulate economic and employment growth. 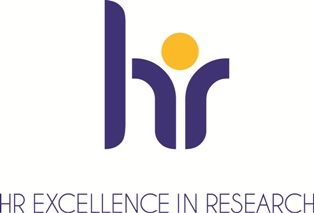 The implementation of the Human Research Strategy for Researchers to the research institutes is articulated in five steps:

The Human Resources Strategy for Researchers at CTFC

In August 2013, the CTFC signed the letter of endorsement for the European Charter for Researchers and Code of Conduct for the Recruitment of Researchers. During second half 2014 and first months 2015, CTFC has designed its own Human Resources Strategy for Researchers and Action Plan for the period 2015-2018, and the resulting document has been approved by the CTFC Board. On October 2015, the CTFC has obtained the "HR Excellence in Research" label from the European Commission, being recognised as an "European research institution promoting a stimulating and favorable work environment". You can see the CTFC and the rest of HRS4R acknowledged institutions whithin the EURAXESS list.

During the period 2015-2019, in the so-called “Implementation Phase”, CTFC has implemented the 2015 Action Plan. Throughout the year 2020, the internal evaluation of the work done has been performed and a new action plan (Revised Action Plan) has been redefined to be implemented during the period 2020-2022, following approval by the European Commission in the so-called “Interim Assessment”. You can consult the document elaborated here.